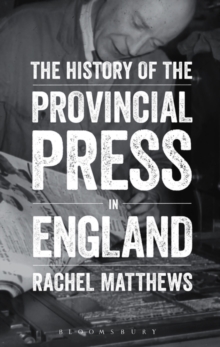 The History of the Provincial Press in England Paperback / softback

Regional newspapers around the globe are fighting to survive in the face of challenges to their economic model, due to the constant influx of new technology.

At the same time, while studies of the national press have created a continuous narrative on the newspaper, the history of the regional press has been subject to relatively little academic scrutiny, despite being a significant industry in terms of a readership, circulation and profit.

By focusing on provincial English newspapers, Matthews makes the case for the larger issue of the future of local newspapers worldwide.

She argues that a comprehensive approach to the history of the regional press can result in a conceptualization of the industry in terms of the shift in emphasis between the key elements of state control, ownership, social influence and production techniques.

They can be categorized into six distinct stages: the local newspaper as opportunistic creation; the characterization of the local newspaper as fourth estate; the impact of New Journalism; the growth of chain control, the shock of the free paper and new technology and finally, the current picture, the search for a new business model. 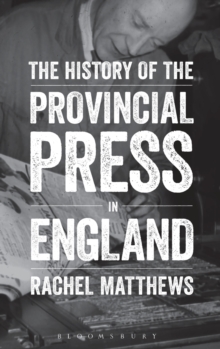 The History of the Provincial Press in...