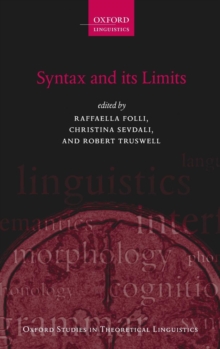 Syntax and its Limits Hardback

Part of the Oxford Studies in Theoretical Linguistics series

In this book, leading linguists explore the empirical scope of syntactic theory, by concentrating on a set of phenomena for which both syntactic and nonsyntactic analyses initially appear plausible.

Exploring the nature of such phenomena permits a deeper understanding of the nature of syntax and of neighbouring modules and their interaction. The book contributes to both traditional work in generative syntax and to the recent emphasis placed on questions related tothe interfaces.

The major topics covered include areas of current intensive research within the Minimalist Program and syntactic theory more generally, such as constraints on scope and binding relations, information-structural effects on syntactic structure, the structure of words and idioms,argument- and event-structural alternations, and the nature of the relations between syntactic, semantic, and phonological representations. After the editors' introduction, the volume is organized into four thematic sections: architectures; syntax and information structure; syntax and the lexicon; and lexical items at the interfaces.

The volume is of interest to syntactic theorists, as well as linguists and cognitive scientists working in neighbouring disciplines such as lexical and compositional semantics, pragmatics and discourse structure, and morphophonology, and anyone with an interest in the modular architecture of thelanguage faculty.

Also in the Oxford Studies in Theoretical Linguistics series   |  View all 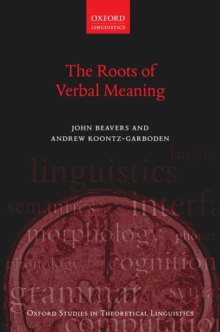 The Roots of Verbal Meaning 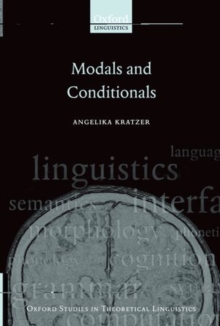 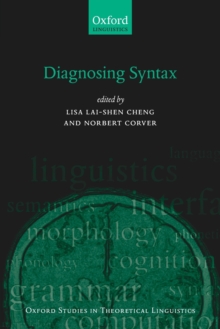 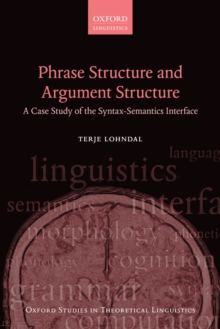