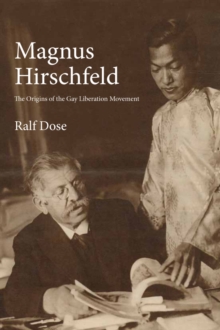 Magnus Hirschfeld : The Origins of the Gay Liberation Movement Hardback

Magnus Hirschfeld (1868-1935) was one of the first great pioneers of the gay liberation movement.

Revered by such gay icons as Christopher Isherwood and Harry Hay, founder of the Mattachine Society, Hirschfeld's legacy resonates throughout the twentieth-century and around the world.

Guided by his motto "Through Science Toward Justice," Hirschfeld helped found the Scientific Humanitarian Committee in Germany to defend the rights of homosexuals and develop a scientific framework for sexual equality.

He was also an early champion of women's rights, campaigning in the early 1900s for the decriminalization of abortion and the right of female teachers and civil servants to marry and have children.

By 1933 Hirschfeld's commitment to sexual liberation made him a target for the Nazis, and they ransacked his Institute for Sexual Research and publicly burned his books.

This biography, first published to acclaim in Germany, follows Hirschfeld from his birth in the Prussian province of Pomerania to the heights of his career during the Weimar Republic and the rise of German fascism.

Ralf Dose illuminates Hirschfeld's ground-breaking role in the gay liberation movement and explains some of his major theoretical concepts, which continue to influence our understanding of human sexuality and social justice today. 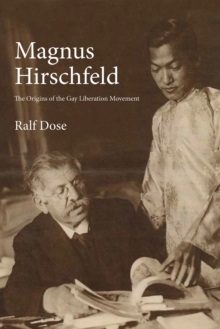