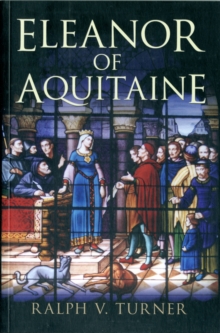 This gripping biography is the definitive account of the most important queen of the Middle Ages.

Ralph Turner, a leading historian of the twelfth century, strips away the legends that have accumulated around Eleanor and challenges the accounts that relegate her to the shadows of the kings she married and bore.

Turner focuses on a wealth of primary sources, including a collection of Eleanor's own documents not previously accessible to scholars, and portrays an extraordinary woman who sought control of her own destiny in the face of forceful resistance.

A queen of unparalleled appeal, Eleanor of Aquitaine retains her power to fascinate even 800 years after her death. 'In this engaging biography, eminent medieval historian Turner takes on a larger-than-life subject and breathes new life into her ...

Overall, a beautifully written, well-researched book that will attract a wide spectrum of readers interested in medieval history.' Choice, Outstanding Academic Title for 2009'Eleanor's is a great story, and Ralph V.

Turner tells it well. Thanks to him we now have a much better understanding of Eleanor of Aquitaine, female lord.' The Tablet'A gripping look at the woman behind the myths.' History MagazineRalph V.

He is the author of 'King John' (1994) and 'The Reign of Richard the Lionheart' (2000), and many other publications on European medieval history. 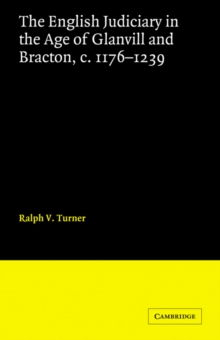 The English Judiciary in the Age of... 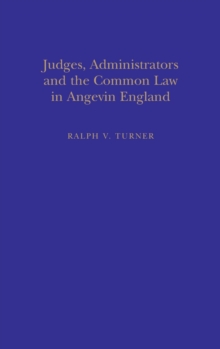 Judges, Administrators and the Common...