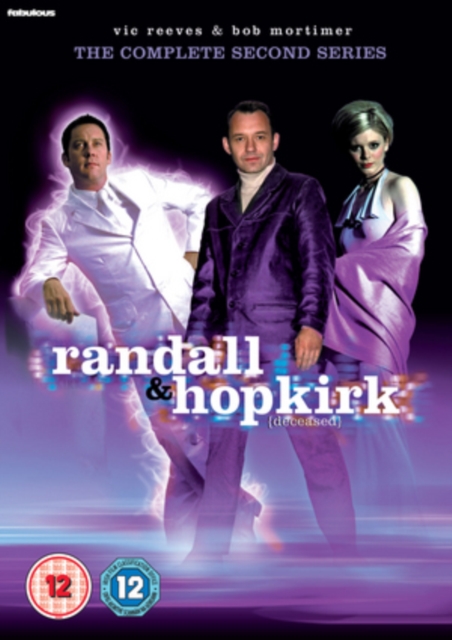 The complete second series of the Vic Reeves and Bob Mortimer revival of the supernatural detective series.

In 'Whatever Possessed You?' Jeannie and Jeff investigate some suspect goings-on at a haunted hotel. 'Revenge of the Bog People' sees Jeff and Jeannie visit a sinister musuem when they agree to investigate the death of an egyptologist. 'O Happy Isle' concerns the death of young gay man on the Isle of Strait. 'Painkillers' has the spectrally-assisted sleuths visit a pain laboratory. 'Marshall and Snellgrove' finds Jeff and Jeannie taking on fellow detectives Marshall and Snellgrove when both crimefighting duos are hired to investigate the same case. 'The Glorious Butranekh' sees the sleuths on the trail of a kidnapped baby.

Finally, in 'Two Can Play That Game', Jeff explores an empty department store.