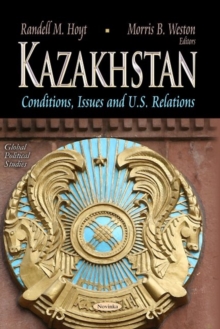 Kazakhstan is an important power in Central Asia by virtue of its geographic location, large territory, ample natural resources, and economic growth, but it faces ethnic, political, and other challenges to stability.

Kazakhstan gained independence at the end of 1991 after the break-up of the former Soviet Union.

Kazakhstan's president at the time, Nursultan Nazarbayev, was one of the top leaders of the former Soviet Union and was instrumental in forming the successor Commonwealth of Independent States.

He has been re-elected president of Kazakhstan several times and in June 2010 was proclaimed the "Leader of the Nation" with lifetime ruling responsibilities and privileges.

Kazakhstan's economy is the strongest in Central Asia, buoyed by oil exports.

Its progress in democratisation and respect for human rights has been halting, according to most observers.

Nonetheless, Kazakhstan's pledges to reform convinced the Organization for Security and Co-Operation in Europe (OSCE) to select the country's leadership for its 2010 presidency.

This book examines recent developments and U.S. interests in Kazakhstan with a focus on human rights, international religious freedom and investment climate economics.