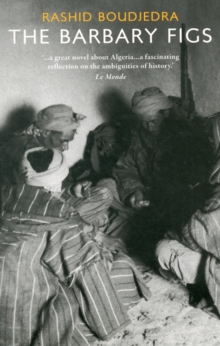 Two old friends find themselves side by side on the flight from Algiers to Constantine.

There is a lot of history between them, as well as bad blood.

They have lived very different lives, even though they are bound by shared experiences from their youth, chief among them the Algerian War of Independence.

The flight will last only an hour - an hour during which both their stories will be told, interspersed and peppered by anecdotes about Algeria's struggle to release itself from the French colonial grip.

Rashid, the narrator, has always both admired and resented Omar, his cousin, who has become an architect, studied in Chicago, and led a successful life.

Despite his success, Omar has always been on the run from the ghosts of his earlier life, ghosts that Rashid has set himself the task of exorcising.

The title, The Barbary Figs, is a symbol of the 'old' Algeria since their landowner grandfather once grew them on his estate.

The 'new' Algeria is less straightforward, and has produced far more bitter fruit.