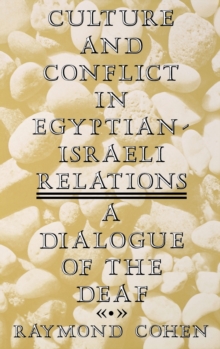 Culture and Conflict in Egyptian-Israeli Relations : A Dialogue of the Deaf Hardback

"[Cohen] discusses in lucid detail the manner by which policymakers in Israel and Egypt were caught in difficulties of intercultural communication.... a most interesting and persuasive argument." -Middle East Journal"Culture and Confict is a tour de force, and this reviewer's candidate for 1990 book-of-the-year on the Middle East.

Cohen's wide reading and analytic brilliance enable him to offer stunning insights and build a persuasive argument about the importance of culture in relations between states." -Orbis"...

Raymond Cohen's dazzling interpretation of political culture in diplomacy and the relations between states." -Daniel Pipes, The American Spectator"Like tourists caught on different sides of the Niagara Falls, Egyptians and Israelis could only gesticulate at each other across the roaring, spray-filled divide in grotesque and mutual incoherence." -from the IntroductionProceeding from markedly different religious, linguistic, and historical traditions, Egyptian and Israeli cultures have found great difficulty in communicating with each other, even when objective grounds for accommodation have existed.

Extensively illustrated from the historical record, this book demonstrates that Egyptian-Israeli relations before and after Camp David have been and still are dogged by problems of intercultural communication. 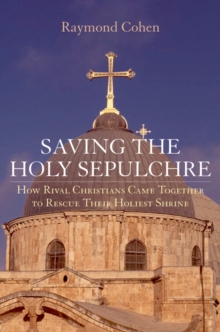 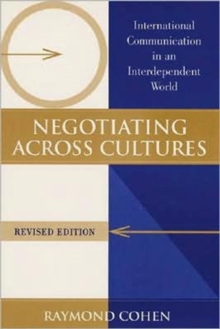 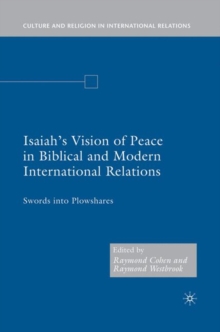 Isaiah's Vision of Peace in Biblical...