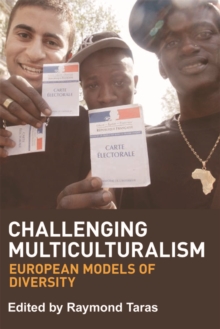 This book tackles the challenge of dismantling the multicultural model without destroying diversity in European society.

Have Europeans become hostile to multiculturalism? When people vote for anti-immigrant parties, do they also support their anti-multicultural policies? And are right-wing extremists becoming the storm troopers of the struggle against diversity?

In recent years, most mainstream political leaders in Europe have discarded the term 'multiculturalism' and instead express scepticism, criticism and even hostility towards multicultural ways of organising their societies.

Yet they are unprepared to reverse the diversity existing in their states.

These contradictory choices have different political consequences in the 11 European countries examined in this book.

The future of European liberalism is being played out as multicultural notions of belonging, inclusion, tolerance and the national home are brought into question.