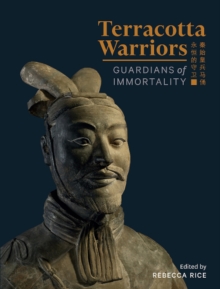 This book is published to mark the exhibition at Te Papa of the remarkable third century BC funerary statues excavated from the astounding archaeological site at X'ian, China. The sculptures depicted the armies of Qin Shi Huang, the first Emperor of China, and were made to protect him in his afterlife.

The 200 especially selected pieces from the site have travelled to Wellington and then to Melbourne, for their first exhibition in Australasia for 30 years.

This highly illustrated catalogue has images of all the objects in the exhibition as well as informative essays that explain more about the creation of the objects and their ongoing discovery.