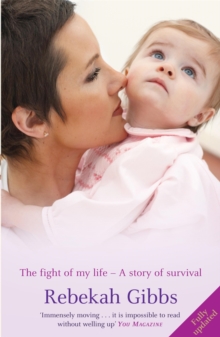 Because of You Paperback / softback

This could be any woman's story. And it is every mother's worst nightmare. Ex-Casualty actress, Rebekah was just 34 years old and 7 months pregnant when she found a lump in her breast.

After twice being examined by doctors and having been told that it was nothing to worry about, Rebekah pushed it from her mind and concentrated on the birth of her beautiful daughter, Gigi.

But one night, whilst nursing her baby, Rebekah realised she could still feel the lump. And it was bigger. Finally, her worst fears were confirmed: just 10 weeks after giving birth, Rebekah was told that she had a fast-growing grade-three cancer and it had spread to her lymph glands.

It was the beginning of a journey to hell and back and Rebekah embarked on the fight of her life. This isn't just a book about the horror of cancer. It is about facing illness with humour and courageIt's a celebration of the special, unbreakable bond between mothers and daughters. 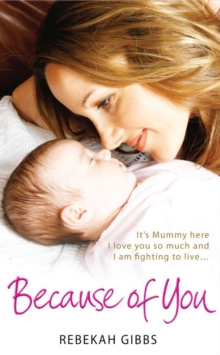