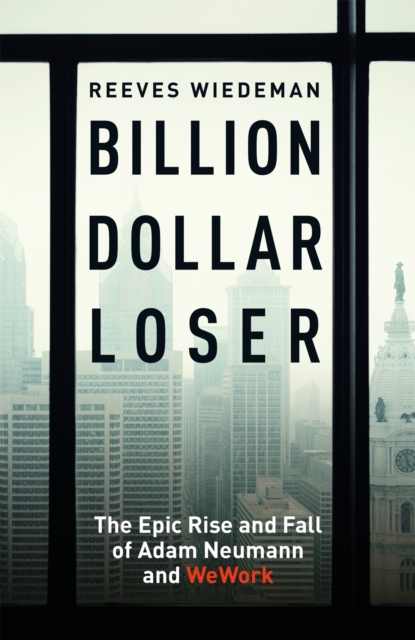 Billion Dollar Loser: The Epic Rise and Fall of WeWork : A Sunday Times Book of the Year Hardback

**The Sunday Times Best Business Book of the Year 2020**'A satisfying ticktock of the company's rapid rise and crash, culminating in its disastrous I.P.O. in 2019 and Neumann's ouster.' New York Times 'This absorbing book exposes the sheer madness of WeWork: not just its founder Adam Neumann's extreme hubris, but why so many wiser minds bought into the fairytale.' Sunday Times The inside story of the rise and fall of WeWork, showing how the excesses of its founder shaped a corporate culture unlike any other. __________In its earliest days, WeWork promised the impossible: to make the workplace cool.

Adam Neumann, an immigrant determined to make his fortune in the United States, landed on the idea of repurposing surplus New York office space for the burgeoning freelance class.

Over the course of ten years, WeWork attracted billions of dollars from some of the most sought-after investors in the world, while spending it to build a global real estate empire. Based on more than two hundred interviews, Billion Dollar Loser chronicles the breakneck speed at which WeWork's CEO built and grew his company.

Culminating in a day-by-day account of the five weeks leading up to WeWork's botched IPO and Neumann's dramatic ouster, Reeves Wiedeman exposes the story of the company's desperate attempt to secure the funding it needed in the final moments of a decade defined by excess.

With incredible access and piercing insight into the company, Billion Dollar Loser tells the full, inside story of WeWork and its CEO Adam Neumann who together came to represent the most audacious, and improbable, rise and fall in business. __________A Sunday Times Best Business Book of the YearFortune Best Book of the Year New York Times' Books to Watch For in OctoberWIRED Books to Read This FallBloomberg's Nonfiction Title to Know this FallNewsweek's Must Read Fall NonfictionPublishers Weekly Top Ten for Business & EconomicsInsideHook's Best Books for OctoberLike John Carreyrou's Bad Blood and Mike Isaac's Super Pumped before it, Billion Dollar Loser traces the turmoil at a startup driven by a charismatic, arrogant founder. 'A frisky dissection of how a rickety real-estate leasing company tricked the world into seeing it as an immensely valuable, society-shifting tech unicorn.' WIRED 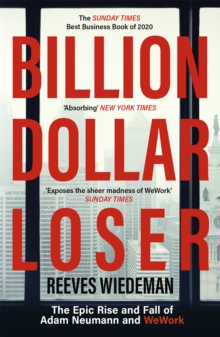 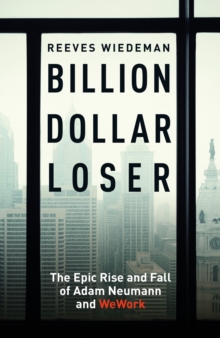