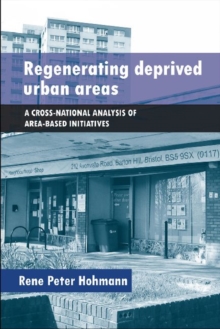 In the face of continuing challenges of urban decline, an increasing local policy activism can be observed in a number of European countries.

The implementation of area-based initiatives (ABIs) for deprived urban areas, such as the 'New Deal for Communities' in England and the 'Social City Programme' in Germany, is an example of these New Localism(s).

ABIs can be seen as test-beds for new forms of urban governance seeking to foster an active participation of residents and the voluntary sector.

Based upon comparative research in two cities, Bristol in England and Duisburg in Germany, this book is the first to cross-nationally compare the impacts of ABIs in two deprived urban areas in England and Germany.

It evaluates the impacts of these New Localism(s) on organisations and development actors at the neighbourhood level.

Using a rich data-set and applying a hands-on methodology it uses a mixed method approach to help the reader with a wider spectrum of illustrations and is aimed at those studying and working in the field of urban regeneration and planning. 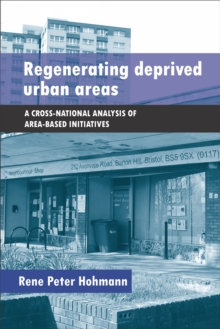