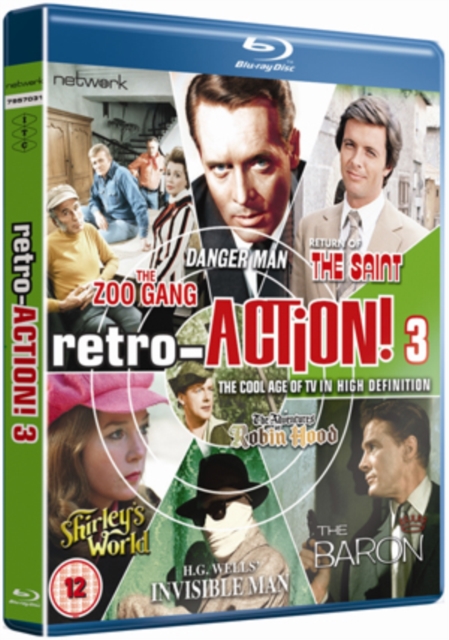 Third volume of a collection of classic British TV shows restored and enhanced for high-definition.

Among the popular shows to have episodes restored in this volume are 'The Adventures of Robin Hood' (1956), in which Richard Greene takes on the role of Robin to commence battle with the Sheriff of Nottingham (Alan Wheatley), and 'Shirley's World' (1971), a comedy that tracks the relationship between a globe-trotting magazine writer Shirley (Shirley MacLaine) and her long-suffering editor Dennis (John Gregson).

Also featured are episodes from 'The Invisible Man' (1959), in which scientist Peter Brady (Tim Turner) accidentally turns himself invisible and uses his gift to solve crimes, and 'The Baron' (1966), featuring Steve Forrest as 'The Baron', a secret agent acting under the masquerade of an antiques dealer.