Constitution-Making in the Region of Former Soviet Dominance Hardback

With the end of the Cold War and the disintegration of the Soviet Union, newly formed governments throughout Eastern Europe and the former Soviet states have created constitutions that provide legal frameworks for the transition to free markets and democracy.

In Constitution-Making in the Region of Former Soviet Dominance, Rett R.

Ludwikowski offers a comparative study of constitution-making in progress and provides insight into the complex political and social circumstances that are shaping its present and future.

The first study of these recent constitutional developments, this book also provides an appendix of all newly ratified constitutions in the region, an essential new reference source for scholars, students, and professionals. Beginning with a review of the constitutional traditions of Eastern and Central Europe, Ludwikowski goes on to offer analysis of the recent process of political change in the region.

A second section focuses specifically on the the new constitutions and such issues as the selection of the form of government, concepts of divisions of power, unicameralism vs. bicameralism, the flexibility or rigidity of constitutions as working documents, and the process of reviewing the constitutionality of laws.

Individual states as framed in these documents are analyzed in economic, political, and cultural terms.

Although it is too soon to fully consider the implementation of these constitutions, special attention is devoted to the effect of reform on human rights protection, a notorious problem of continuing concern in the region. 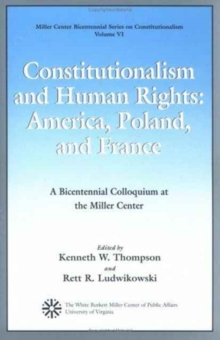 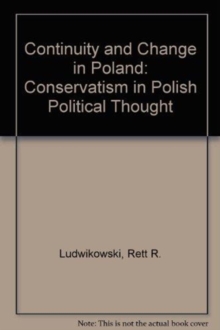 Continuity and Change in Poland 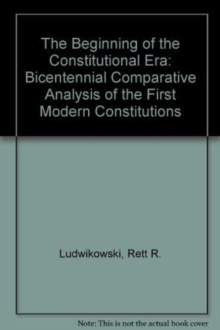 The Beginning of the Constitutional Era