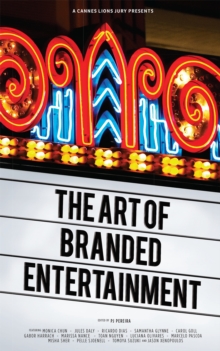 Live television viewing is decreasing as audiences choose to stream television shows and films via catch-up, YouTube, Netflix, iTunes and other digital platforms.

With that shift, intrusive commercial advertising breaks are quickly losing their power as the leading way in which brands communicate with viewers.

For the past five years the Cannes Lions International Festival of Creativity has been grappling with how the entertainment and marketing worlds can collaborate in fresh and innovative ways, rather than unsophisticated product placement.

In 2017 twenty specialist jurors considered a wide range of ideas submitted in the relatively uncharted category of branded entertainment, regarded by many as the future of advertising.

For days they deliberated on what made an entry more or less successful.