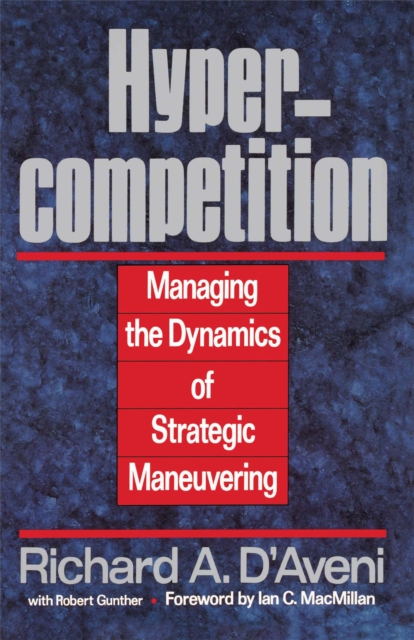 General Motors and IBM have been battered to their cores. Jack Welch, the chairman of General Electric, called the frenzied competition of the 1980's "a white knuckle decade" and said the 1990s would be worse. In this pathbreaking book that will define this new age of "hypercompetition," Richard D'Aveni reveals how competitive moves and countermoves escalate with such ferocity today that the traditional sources of competitive advantage can no longer be sustained. To compete in this dynamic environment, D'Aveni argues that a company must fundamentally shift its strategic focus. He constructs a brilliant operational model that shows how firms move up "escalation ladders" as advantage is continually created, eroded, destroyed, and recreated through strategic maneuvering in four arenas of competition. Using this "Four Arena" analysis, D'Aveni explains how competitors engage in a struggle for control by seeking leadership in the arenas of "price and quality," "timing and know-how," "stronghold creation/invasion," and "deep pockets." Winners set the pace in each of these four competitive battlegrounds.

Using hundreds of detailed examples from hypercompetitive industries such as computers, software, automobiles, airlines, pharmaceuticals, toys and soft drinks, D'Avenie demonstrates how hypercompetitive firms succeed in dynamic markets by disrupting the status quo and creating a continuous series of temporary advantages. They seize the initiative, D'Aveni explains, by employing a set of strategies he calls the "New 7-S's" Superior Stakeholder Satisfaction, Strategic Soothsaying, Speed, Surprise, Shifting the Rules of Competition, Signaling Strategic Intent, and Simultaneous and Sequential Thrusts. Paradoxically, firms must destroy their competitive advantages to gain advantage, D'Aveni shows. Long-term success depends not on sustaining an advantage through a static, long-term strategy, but instead on formulating a dynamic strategy for the creating, destruction, and recreation of short-term advantages.

America must embrace the new reality of hypercompetition, D'Aveni concludes in a compelling analysis of the potential chilling effect of American antitrust laws on competitiveness. This masterful book, essentially an operating manual of strategy and tactics for a new era, will be required reading for managers, planners, consultants, academics, and students of hypercompetitive industries.

Also by RICHARD A. D'AVENI 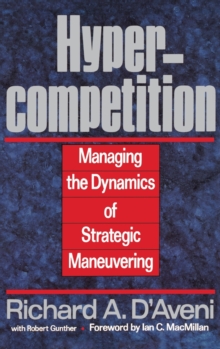 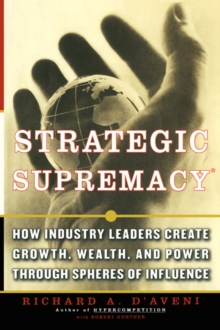 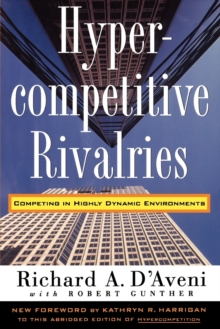