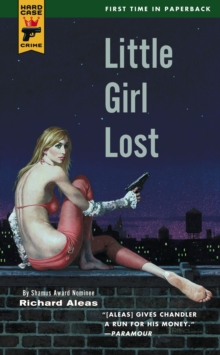 Miranda Sugarman was supposed to be in the Midwest, working as an eye doctor.

So how did she end up shot to death on the roof of one of New York City's seediest strip clubs?

It's John Blake's job to find out - not just because he's a private investigator, but because ten years earlier, Miranda had been his lover.

Now he has to uncover the truth about the missing decade...