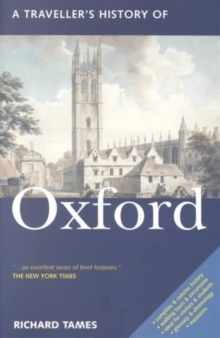 Part of the Traveller's History of Oxford series

A Traveller's History of Oxford gives the reader a clear account of Oxford's earliest beginnings from Roman times, its Anglo-Saxon past, its importance in medieval England, the founding of the different colleges, its status as Royalist capital during the Civil War and its recovery and continuing growth right up to the 21st century.