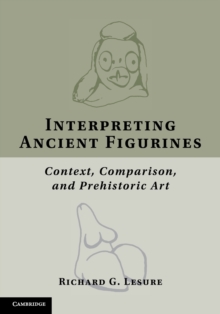 This book examines ancient figurines from several world areas to address recurring challenges in the interpretation of prehistoric art.

Sometimes figurines from one context are perceived to resemble those from another.

Richard G. Lesure asks whether such resemblances play a role in our interpretations.

Early interpreters seized on the idea that figurines were recurringly female and constructed the fanciful myth of a primordial Neolithic Goddess.

Dr Lesure offers a middle path: a new framework for assessing the relevance of particular comparisons.

He develops the argument in case studies that consider figurines from Paleolithic Europe, the Neolithic Near East and Formative Mesoamerica.