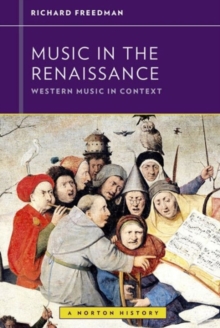 Music in the Renaissance Paperback / softback

Part of the Western Music in Context: A Norton History series

Richard Freedman's Music in the Renaissance shows how music and other forms of expression were adapted to changing tastes and ideals in Renaissance courts and churches.

Giving due weight to sacred, secular, and instrumental genres, Freedman invites readers to consider who made music, who sponsored and listened to it, who preserved and owned it, and what social and aesthetic purposes it served.

While focusing on broad themes such as music and the literary imagination and the art of improvisation, he also describes Europeans' musical encounters with other cultures and places. Western Music in Context: A Norton History comprises six volumes of moderate length, each written in an engaging style by a recognized expert.

Authoritative and current, the series examines music in the broadest sense-as sounds notated, performed, and heard-focusing not only on composers and works, but also on broader social and intellectual currents.

Also in the Western Music in Context: A Norton History series 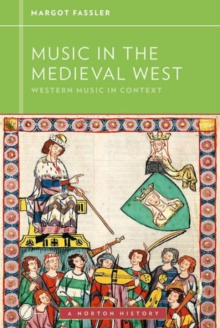 Music in the Medieval West