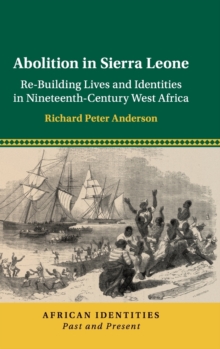 Part of the African Identities: Past and Present series

Tracing the lives and experiences of 100,000 Africans who landed in Sierra Leone having been taken off slave vessels by the British Navy following Britain's abolition of the trans-Atlantic slave trade, this study focuses on how people, forcibly removed from their homelands, packed on to slave ships, and settled in Sierra Leone were able to rebuild new lives, communities, and collective identities in an early British colony in West Africa.

Their experience illuminates both African and African diaspora history by tracing the evolution of communities forged in the context of forced migration and the missionary encounter in a prototypical post-slavery colonial society.

A new approach to the major historical field of British anti-slavery, studied not as a history of legal victories (abolitionism) but of enforcement and lived experience (abolition), Richard Peter Anderson reveals the linkages between emancipation, colonization, and identity formation in the Black Atlantic.

Also in the African Identities: Past and Present series 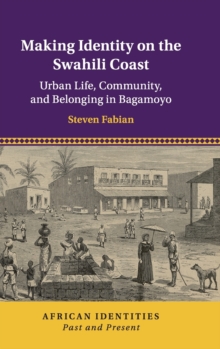 Making Identity on the Swahili Coast