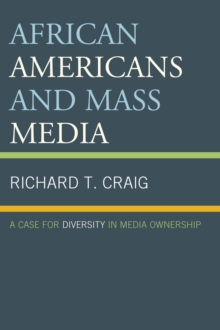 In African Americans and Mass Media, Richard T. Craig explores the relationship among the lack of media ownership diversity, in addition to the political, and economical, influences, and policy developments influencing media ownership.

Craig also addresses the concern of growing media monopolies and the decline in minority media ownership since the passing of the Telecommunications Act of 1996, Focusing the policy argument on this act and the deregulation of media ownership, this book explores, the jeopardy jeopardizing of diminishedas well as the influence on content.

Observing Black Entertainment Television (BET) in the last five years of African American ownership and the first five years of conglomerate ownership-paralleling the first decade after the Telecommunications Act was passed-the book includes information about the changes made to information programming on the network.

Craig asserts that despite the overwhelming presence of African Americans holding executive positions with the network, Viacom, BET's current owner, influences the network's programming and relegates the cultural identity of the network to profit interests.

BET is observed as a case study reflective of the importance ethnic media and perspectives reflective of cultural ethnic identities, targeting ethnic audiences. 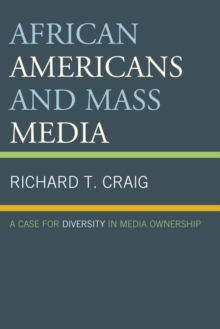