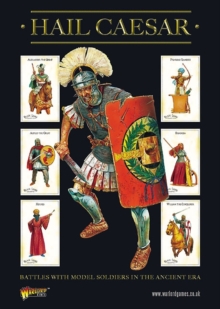 This book describes the Hail Caesar game and its various rules and procedures as played by its creators and their friends.

The authors' aim is to enable and encourage the reader to relive the deeds of warriors and conquerors of an age long past with armies of model soldiers upon the tabletop. Our game provides rules for all the fundamentals of warfare such as the direction of troops, manoeuvre on the battlefield, the effects of missile fire, the role of morale, and close quarter combat.

Detailed rules cover the differences in methods of fighting from the age of the chariot to medieval times, as well as the development of weapons and tactics pertinent to each era.

In addition, the book includes seven complete examples of Hail Caesar battles embracing a range of conflicts from the wars of the Pharaohs to the Crusades, some based on real battles and other encounters created by the authors, such as; The Battle of Kadesh 1274BC, where Rameses of Egypt confronts the Hittites in the greatest ever clash of chariots; the Battle of Brunanburgh 937AD, where Norse invaders are met by the Anglo-Saxon King Athelstan in the bloodiest battle of the Viking age; or The Battle of Barada River 1148AD, which sees King Baldwin of Jerusalem strike for the city of Damascus during the Second Crusade. About the AuthorRick Priestley is a world-renowned games designer having created Games Workshop's Warhammer and Warhammer 40,000 game systems amongst others.

Following on from his highly acclaimed Horse& Musket rules, Black Powder, he has now turned his attention to the ancient world with Hail Caesar, which spans from 3000BC through to around 1100AD. 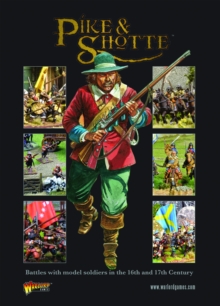