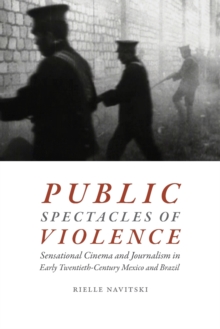 In Public Spectacles of Violence Rielle Navitski examines the proliferation of cinematic and photographic images of criminality, bodily injury, and technological catastrophe in early twentieth-century Mexico and Brazil, which were among Latin America's most industrialized nations and later developed two of the region's largest film industries.

In both nations, sensational cinema and journalism-influenced by imported films-forged a common public sphere that reached across the racial, class, and geographic divides accentuated by economic growth and urbanization.

Highlighting the human costs of modernization, these media constructed everyday experience as decidedly modern, in that it was marked by the same social ills facing industrialized countries.

The legacy of sensational early twentieth-century visual culture remains felt in Mexico and Brazil today, where public displays of violence by the military, police, and organized crime are hypervisible. 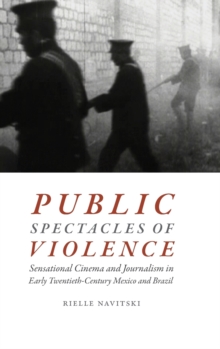