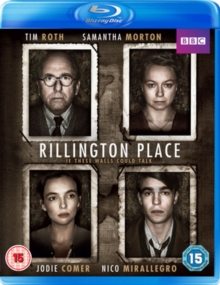 The series follows Christie and his estranged wife Ethel (Samantha Morton) as they reacquaint themselves after he is released from prison and move into their new home together at 10 Rillington Place in London.

When Tim's wife and baby daughter die, he is tried for their murders and sentenced to hang.

The trial, in which John Christie is a key prosecution witness, places further strain on his marriage and sets a series of events in motion that ultimately reveal Christie's real role in the killings.