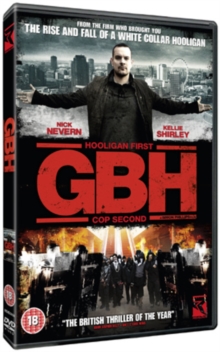 British police drama directed by Simon Phillips and set during the London riots of 2011.

Torn between his past as a hooligan and his present status as a police officer, Damien (Nick Nevern) must make the decision about where his loyalties lie when the riots begin in London... to the crew he once ran with, or to the state he's vowed to protect.