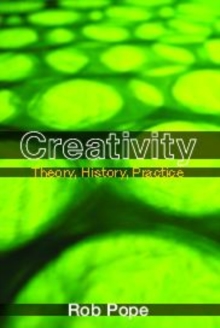 Innovative in approach as well as argument, the book crosses disciplinary boundaries and builds new bridges between the critical and the creative.

It is organised in four parts:Why creativity now? offers much-needed alternatives to both the Romantic stereotype of the creator as individual genius and the tendency of the modern creative industries to treat everything as a commoditydefining creativity, creating definitions traces the changing meaning of 'create' from religious ideas of divine creation from nothing to advertising notions of concept creation.

It also examines the complex history and extraordinary versatility of terms such as imagination, invention, inspiration and originalitydreation as myth, story, metaphor begins with modern re-tellings of early African, American and Australian creation myths and - picking up Biblical and evolutionary accounts along the way - works round to scientific visions of the Big Bang, bubble universes and cosmic soupcreative practices, cultural processes is a critical anthology of materials, chosen to promote fresh thinking about everything from changing constructions of 'literature' and 'design' to artificial intelligence and genetic engineering. Rob Pope takes significant steps forward in the process of rethinking a vexed yet vital concept, all the while encouraging and equipping readers to continue the process in their own creative or 're-creative' ways.

Creativity: Theory, History, Practice is invaluable for anyone with a live interest in exploring what creativity has been, is currently, and yet may be.