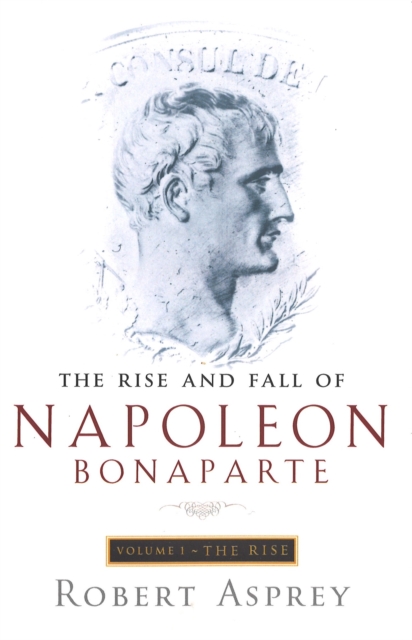 The Rise And Fall Of Napoleon Vol 1 : The Rise Paperback / softback

Since his untimely death aged fifty-one in 1821, Napoleon Bonaparte has been too often the victim of biographical revisionism that treats him either as a demi-god or as devil incarnate.

In the first of this monumental new two-volume biography, Robert Asprey has preferred to treat him as a human being.

The Rise and Fall of Napoleon (Volume 1: The Rise) chronicles the beginning of this most extraordinary of lives, from Napoleon's birth in 1769 to the historic Battle of Austerlitz in 1805, when he brilliantly defeated the Austro-Russian armies.

What emerges is both a fascinating and contradictory figure: a child of the French Revolution who grew to be its master; who exploited the national will for what he believed to be the national good; who converted the surging passions of thirty million persons into an irresistible force to challenge and often topple archaic thrones; whose desire for European reforms ultimately fell victim to feudal superstition and misery.

Based on years of research, Robert Asprey tells this remarkable tale with the even-handedness such a major historical figure deserves.

He presents Napoleon as he was - a man dedicated to his vision of himself and his empire.