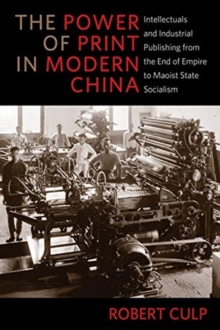 The Power of Print in Modern China : Intellectuals and Industrial Publishing from the End of Empire to Maoist State Socialism Hardback

Part of the Studies of the Weatherhead East Asian Institute, Columbia University series

Work for major publishers provided a living to many Chinese intellectuals and offered them a platform to transform Chinese cultural life. In The Power of Print in Modern China, Robert Culp explores the world of commercial publishing to offer a new perspective on modern China's cultural transformations.

Culp examines China's largest and most influential publishing companies-Commercial Press, Zhonghua Book Company, and World Book Company-during the late Qing and Republican periods and into the early years of the People's Republic.

He reconstructs editors' cultural activities and work lives as a lens onto the role of intellectuals in cultural change.

Examining China's distinct modes of industrial publishing, Culp explains the emergence of the modern Chinese intellectual through commercial and industrial processes rather than solely through political revolution and social movements.

An original account of Chinese intellectual and cultural history as well as global book history, The Power of Print in Modern China illuminates the production of new forms of knowledge and culture in the twentieth century. 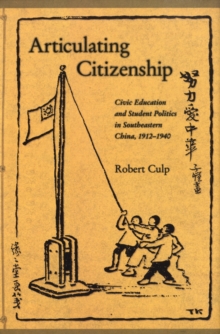