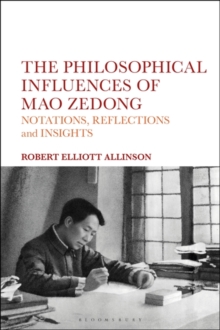 This philosophical Mao is a fresh portrait of the mind of the ruler who changed the face of China in the twentieth century.

The book traces the influences of both traditional Chinese and traditional pre-Marxist Western philosophy on the early Mao and how these influences guided the development of his thought.

It reveals evidence of the creative dimensions of Mao's thinking and how he wove the yin/yang pattern of change depicted in the Yijing, the Chinese Book of Changes, into the Marxist dialectic to bring ancient Chinese philosophy to mark changes in twentieth century thought.

Mao's lifetime philosophical journey includes his interpretations of and comments on both Chinese and Western philosophers.

His deep, metaphysical reflections, uncanny prognostications and pensive speculations from his early pre-Marxist period to his later philosophical years prove to be as startling as they are thought-provoking.