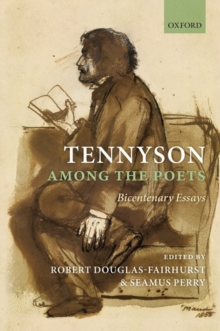 Published to mark the bicentenary of Alfred Tennyson's birth, these essays offer an important revaluation of his achievement and its lasting importance.

After several years in which the temper of criticism has been largely political (and often hostile towards Tennyson in particular) a number of influential recent accounts of Victorian poetry have rediscovered the virtues of a closer style of reading and the benefits and pleasures of an approach that, without at allignoring social and cultural contexts, approaches them through a primary alertness to textual detail and literary history. This volume, including entirely commissioned work by a wide range of critics and scholars from across the profession in both Britain and North America, seeks to bring such formsof attention to bear on the immense variety of Tennyson's career by exploring the complex and multiple connections between Tennyson and other writers - his predecessors, his contemporaries, and his successors.

Collectively, the essays describe an intricate network of affiliation and indebtedness, resistance and reconciliation.

They provide a unique assessment of Tennyson's origins, work, and imaginative legacy as he enters upon his third century.