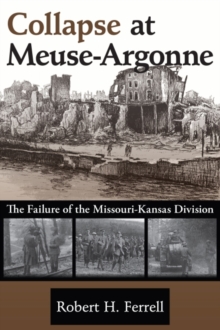 Collapse at Meuse-Argonne : The Failure of the Missouri-Kansas Division Paperback / softback

During World War I, the Thirty-fifth Division was made up of National Guard units from Missouri and Kansas.

Composed of thousands of men from the two states, the Missouri-Kansas Division entered the great battle of the Meuse-Argonne with no battle experience and only a small amount of training, a few weeks of garrisoning in a quiet sector in Alsace.

The division fell apart in five days, and the question Robert Ferrell attempts to answer is why. The Thirty-fifth Division was based at Camp Doniphan on the Fort Sill reservation in Oklahoma and was trained essentially for stationary, or trench, warfare.

In March 1918, the German army launched a series of offensives that nearly turned the tide on the Western Front.

The tactics were those of open warfare, quick penetrations by massive forces, backed by heavy artillery and machine guns.

John J. Pershing were unprepared for this change in tactics.

Although the U.S. Army utilized observers during the initial years of World War I, their dispatches had piled up in the War College offices in Washington and, unfortunately, were never studied. The Thirty-fifth Division was also under the command of an incompetent major general and an incompetent artillery brigadier.

The result was a debacle in five days, with the division line pushed backward and held only by the 110th Engineer Regiment of twelve hundred men, bolstered by what retreating men could be shoved into the line, some of them at gunpoint. Although three divisions got into trouble at the outset of the Meuse-Argonne, the Thirty-fifth's failure was the worst.

After the collapse, the Red Cross representative of the division, Henry J.

Allen, became governor of Kansas and instigated investigations by both houses of Congress.

Secretary of War Newton D. Baker testified in an effort to limit the political damage.

But the hullabaloo gradually died down, and the whole sad episode passed into the darker corridors of history. By focusing on a single event in history, Collapse at Meuse-Argonne offers a unique glimpse into one of the most critical battles of World War I.

Historians, as well as the general reader, will find this new perspective on what really happened to the Thirty-fifth Division fascinating. 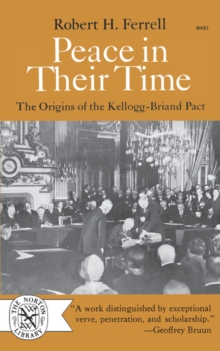 Peace in Their Time 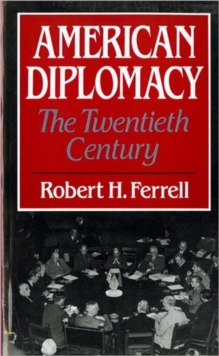 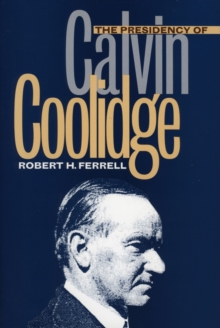 The Presidency of Calvin Coolidge 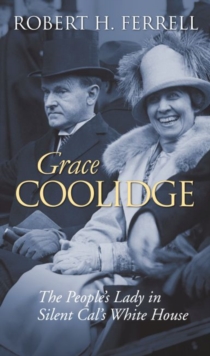