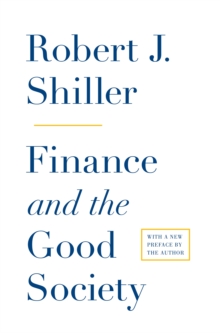 The reputation of the financial industry could hardly be worse than it is today in the painful aftermath of the 2008 financial crisis.

New York Times best-selling economist Robert Shiller is no apologist for the sins of finance--he is probably the only person to have predicted both the stock market bubble of 2000 and the real estate bubble that led up to the subprime mortgage meltdown.

But in this important and timely book, Shiller argues that, rather than condemning finance, we need to reclaim it for the common good.

He makes a powerful case for recognizing that finance, far from being a parasite on society, is one of the most powerful tools we have for solving our common problems and increasing the general well-being.

Challenging the public and its leaders to rethink finance and its role in society, Shiller argues that finance should be defined not merely as the manipulation of money or the management of risk but as the stewardship of society's assets. He explains how people in financial careers--from CEO, investment manager, and banker to insurer, lawyer, and regulator--can and do manage, protect, and increase these assets.

He describes how finance has historically contributed to the good of society through inventions such as insurance, mortgages, savings accounts, and pensions, and argues that we need to envision new ways to rechannel financial creativity to benefit society as a whole.

Ultimately, Shiller shows how society can once again harness the power of finance for the greater good. 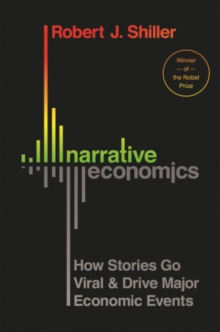 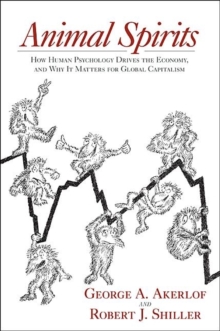 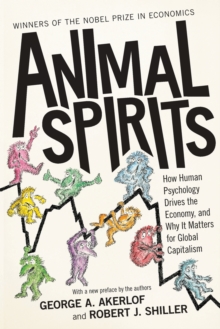 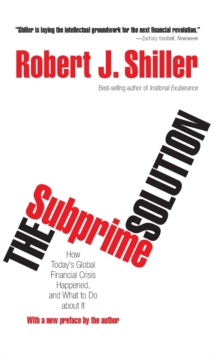