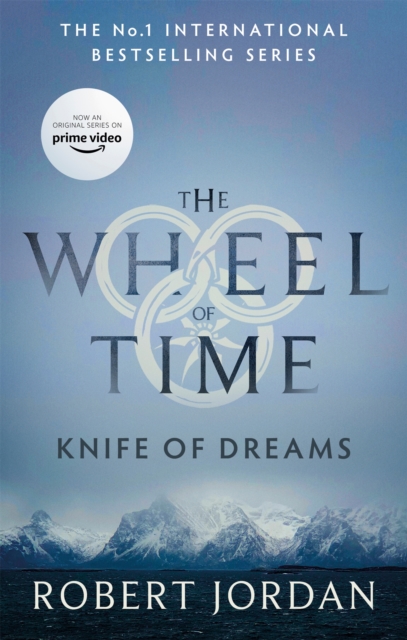 Knife Of Dreams : Book 11 of the Wheel of Time (Now a major TV series) Paperback / softback

Now a major TV series on Prime Video The eleventh novel in the Wheel of Time series - one of the most influential and popular fantasy epics ever published. As the very fabric of reality wears thin, all portents indicate that Tarmon Gai'don, the Last Battle, is imminent - and Rand al'Thor must ready himself to confront the Dark One.

But Rand must first negotiate a truce with the Seanchan armies, as their forces increasingly sap his strength. All is in flux as established powers falter . . . In Caemlyn, Elayne fights to gain the Lion Throne while trying to avert civil war and Egwene finds that even the White Tower is no longer a place of safety.

The winds of time have whirled into a storm, and Rand and his companions ride in the vortex.

This small company must prevail against the trials of fate and fortune - or the Dark One will triumph and the world will be lost. 'Epic in every sense' Sunday Times'With the Wheel of Time, Jordan has come to dominate the world that Tolkien began to reveal' New York Times'[The] huge ambitious Wheel of Time series helped redefine the genre' George R.