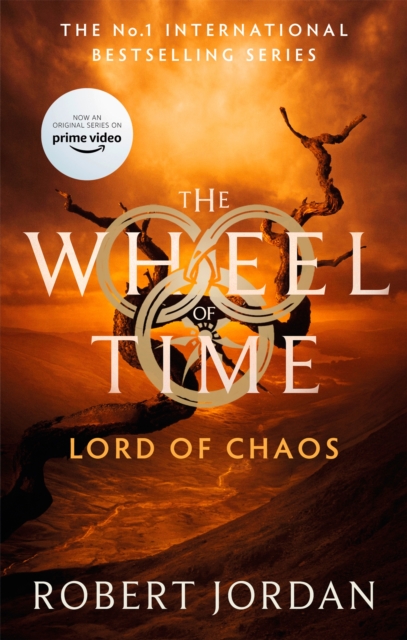 Lord Of Chaos : Book 6 of the Wheel of Time (Now a major TV series) Paperback / softback

Now a major TV series on Prime Video The sixth novel in the Wheel of Time series - one of the most influential and popular fantasy epics ever published. Rand al'Thor, the Dragon Reborn, strives to bind the nations of the world to his will, to forge the alliances that will fight the advance of the Shadow and to ready the forces of Light for the Last Battle.

But there are other powers that seek to command the war against the Dark One. In the White Tower the Amyrlin Elaida sets a snare to trap the Dragon, whilst the rebel Aes Sedai scheme to bring her down. And as the realms of men fall into chaos the immortal Forsaken and the servants of the Dark plan their assault on the Dragon Reborn . . . 'Epic in every sense' Sunday Times'With the Wheel of Time, Jordan has come to dominate the world that Tolkien began to reveal' New York Times'[The] huge ambitious Wheel of Time series helped redefine the genre' George R.