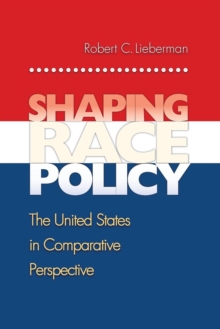 Shaping Race Policy investigates one of the most serious policy challenges facing the United States today: the stubborn persistence of racial inequality in the post-civil rights era.

Unlike other books on the topic, it is comparative, examining American developments alongside parallel histories of race policy in Great Britain and France.

Focusing on on two key policy areas, welfare and employment, the book asks why America has had such uneven success at incorporating African Americans and other minorities into the full benefits of citizenship.

Robert Lieberman explores the historical roots of racial incorporation in these policy areas over the course of the twentieth century and explains both the relative success of antidiscrimination policy and the failure of the American welfare state to address racial inequality.

He chronicles the rise and resilience of affirmative action, including commentary on the recent University of Michigan affirmative action cases decided by the Supreme Court. He also shows how nominally color-blind policies can have racially biased effects, and challenges the common wisdom that color-blind policies are morally and politically superior and that race-conscious policies are merely second best.

Shaping Race Policy has two innovative features that distinguish it from other works in the area.

First, it is comparative, examining American developments alongside parallel histories of race policy in Great Britain and France.

Second, its argument merges ideas and institutions, which are usually considered separate and competing factors, into a comprehensive and integrated explanatory approach.

The book highlights the importance of two factors--America's distinctive political institutions and the characteristic American tension between race consciousness and color blindness--in accounting for the curious pattern of success and failure in American race policy. 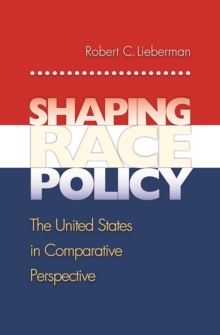