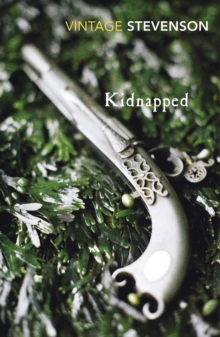 'As a writer of the English language there has been no one to touch Stevenson in a hundred years...as a story-teller he is unsurpassed' George MacDonald Fraser When young David Balfour is orphaned he discovers some surprising truths about his family.

His meeting with his uncle Ebenezer turns out to have disastrous consequences leading to kidnap and imprisonment on board a ship bound for the Carolinas.

However, the voyage is full of incident and after violent conflict and a shipwreck, David finds himself in a daredevil chase across the Scottish Highlands in the company of the irrepressible warrior Alan Breck Stewart... 'It stands as one of Robert Louis Stevenson's most compelling works - it was one of the author's favourites, and his affection for his central characters is unmistakable - and is a novel you want to press on people, knowing they'll love it' Ian Rankin