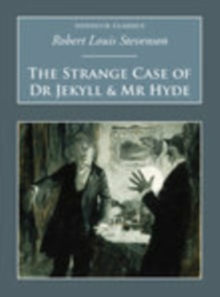 First published in 1886, Dr Jekyll & Mr Hyde has since become one of the most enduring horror stories ever written.

Inspired by a frightful dream, Stevenson wished to explore `that strong sense of man's double being', something which had long preoccupied his thoughts.

The book considers the notion that humanity possesses an innate capacity for both good and evil, and that only by suppressing the `dark' side can we present to the world a facade of civilised respectability.

We follow the story of the distinguished physician, Dr Jekyll, who invents a drug which causes him to transform into Mr Hyde, a violent and ruthless criminal who embodies everything that is grotesque in Dr Jekyll's nature.

As time passes, Hyde's control over Jekyll begins to grow, and the insidious evil lurking within Jekyll threatens to conquer the good.

The continuing relevance of the moral questions posed in this novel has afforded it a firmly established place in the literary canon.

This story is, however, above all else, a thrilling and terrifying tale, and a true classic of the gothic genre.