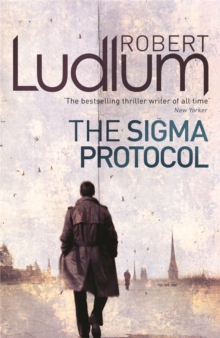 A missing murder victim; an agent declared rogue. Someone wants a secret kept, no matter what the cost...A superb standalone thriller from the internationally bestselling author of the Bourne series. Ben Hartman is on holiday in Switzerland when he meets a childhood friend - who promptly tries to kill him.

In self-defence, Ben kills his attacker, but soon the body and all evidence of the confrontation have disappeared.

Anna Navarro, a US government agent, is sent to look into a string of deaths around the world.

The only thing the victims have in common is an old OSS file, codenamed SIGMA.

But as soon as she starts to get somewhere, she is dragged off the case and declared rogue.

Someone wants this secret kept, and not only are the futures of Hartman and Navarro at stake, but also that of the free world...