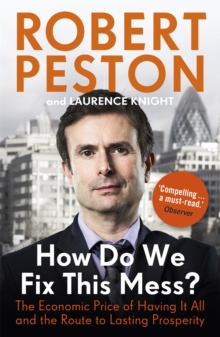 How Do We Fix This Mess? The Economic Price of Having it all, and the Route to Lasting Prosperity Paperback / softback

'Robert Peston's compelling account of global financial meltdown is a must-read.' ObserverWhat can we learn from the 2008 recession?

ITV's political editor explains the global economic mess and how to escape it - in his characteristically straightforward way. 'How do we fix this mess? I don't know. But don't stop reading now. Perhaps if we have a clearer understanding of what went wrong, we'll have a better idea of what needs to be done.

This book is a map of what needs to be fixed.'The record-breaking unbroken growth between 1992 and 2008 wasn't the economic miracle that it seemed.

It was based on a number of dangerous illusions - most notably that it didn't matter that the UK and US year after year consumed more than they earned. But we couldn't go on increasing our indebtedness forever.

The financial crash of 2007/8 and the subsequent economic slump in much of the west was the moment when we realised we had borrowed more than we could afford to repay. So who got it wrong? Bankers, investors and regulators? And were they greedy, stupid or asleep? What was the role of government? And what part did we, as consumers, play in all this?

How do we get through this difficult period of transition to a more sustainable economy, one based on investment and exports, rather than on borrowing and consumption?

With the same probing lucidity he brought to Who Runs Britain? and WTF?, Robert Peston takes us step-by-step towards a common sense way to fix this mess.

Also by Robert Peston   |  View all 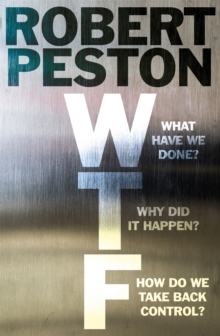 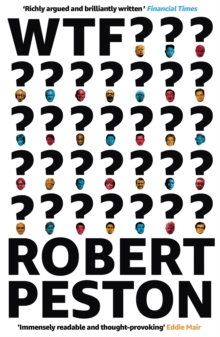 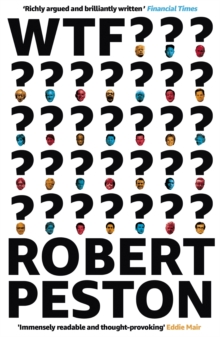 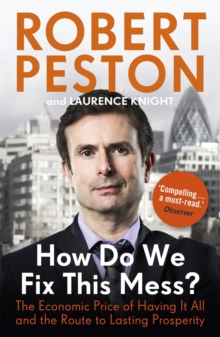 How Do We Fix This Mess? The Economic...