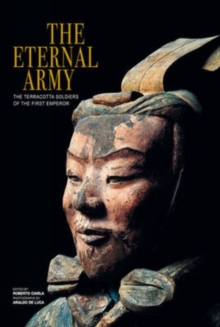 More than 22 centuries ago, in China's northwestern Shaanxi province, the first Qin emperor was buried in a magnificent tomb surrounded by an army of some 7,000 terra-cotta soldiers.

This lavish volume offers a detailed look at that astonishing army, and the life and times of the man whose resting place it guards.

Combining photographs taken expressly for the book with essays by leading experts, this is both a profile of a legendary figure and an unprecedented view of a spectacular archaeological site.