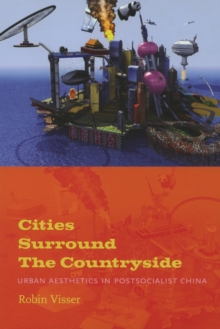 Denounced as parasitical under Chairman Mao and devalued by the norms of traditional Chinese ethics, the city now functions as a site of individual and collective identity in China.

Cities envelop the countryside, not only geographically and demographically but also in terms of cultural impact.

Interpreting fiction, cinema, visual art, architecture, and urban design, she analyzes how the aesthetics of the urban environment have shaped the emotions and behavior of people and cultures, and how individual and collective images of and practices in the city have produced urban aesthetics.

In the 1980s, writers, filmmakers, and artists began to probe the contradictions in China's urbanization policies and rhetoric.

Visser relates her analysis of this art to major transformations in urban planning under global neoliberalism, to the development of cultural studies in the Chinese academy, and to ways that specific cities, particularly Beijing and Shanghai, figure in the cultural imagination.

Despite the environmental and cultural destruction caused by China's neoliberal policies, Visser argues for the emergence of a new urban self-awareness, one that offers creative resolutions for the dilemmas of urbanism through new forms of intellectual engagement in society and nascent forms of civic governance. 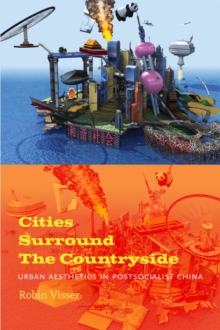