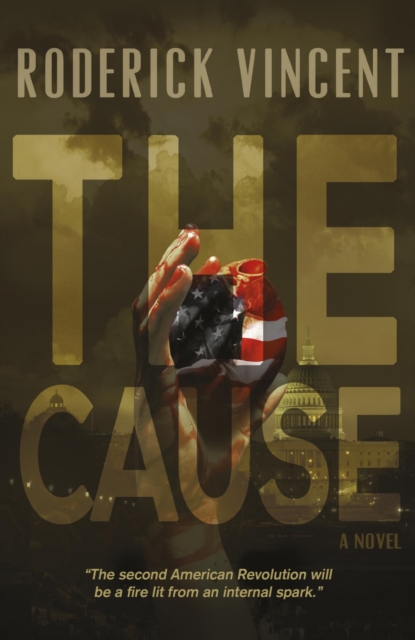 <i>The second American Revolution will be a fire lit from an internal spark.</i>

The year is 2022.
America is on the verge of economic and social collapse. The U.S. government has made individual freedom its enemy. African American hacker Isse Corvus enters a black-ops training camp. Hyper-intelligent, bold, and ambitious, Corvus discovers the leaders are revolutionaries seeking to return the U.S. back to its Constitutional roots. Soon the camp fractures. Who is traitor? Who is patriot? With no place to hide, Corvus learns that if he doesn't join ';The Cause' and help them hack the NSA's servers, it could mean his life. If he joins, he becomes part of a conspiracy to overthrow America's financial elite and uncover NSA secrets.

<h2>What happens when the NSA and martial law meets revolution?</h2>

Turning patriotism into dangerous disruption (similar to the movements of Occupy Wall Street, Anonymous, and WikiLeaks), ';The Cause' embroils Corvus in a deadly game with the NSA. A novel of juxtaposition, <i>The Cause</i> also tells the tale of the ruthless, manipulative, and opportunistic NSA Director, General Titus Montgomery. The President has told Montgomery that rule of law must be maintained at all costs.
---
George Orwell wrote about the fully evolved totalitarian state in <i>1984</i>.<b>Here is a futuristic ';pre-Orwellian' novel where the shape of a totalitarian state is still forming.</b>

Set inside a conspiracy to overthrow America's financial oligarchy, a conspiracy that's up against the dense web of the NSA's new, more ruthless surveillance system, <i>The Cause</i> is a dystopian technothriller taking many topical issues to the next logical level. Although this is NSA fiction, many of the technologies and NSA codenames used throughout the novel are in existence today. In this way, the reader is placed on the fringe of our world by taking a step farther into the future to ask the question, ';How far away are we?'

With crackling prose, the narrative in this technothriller brims with details about the NSA and takes us through the web of conspiracy from the perspective of a unique hacker character not yet seen in the genre.

Robotic warfare, drones, quantum computers, Anonymous, the NSA, along with a cast of conniving characters, this novel takes you on a manifest journey on how a new revolution could be born.