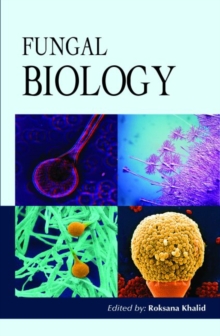 Fungi is a diverse kingdom comprising a vast range of eukaryotic organisms.

It has some similar and different characters to both animals and plants.

Therefore it was not easy to recognize where they should be classified in among living things. Because of a few important characteristics, fungi were separated from different eukaryotic systems of plants and animals.

It was different from Protista, bacteria and plants due to presence of chitin in their cell wall.

They are similar to animals because they are heterotrophs, they secrete enzymes in the environment that causes breakdown of food and converts them into dissolved food particles which the fungus absorbs.

Fungi are major decomposers in their ecosystem. All these and some other differences urge to place fungi in a separate kingdom which is known as Eumycota (True Fungi).

In biology the discipline which deals with fungus is known as mycology.

It was in past considered as branch of botany, but recently due to progress in modern genetics it has proved that fungi is closer to animals than plants. In term of presence, nearly 10,000 fungal species have been known, however its worldwide biodiversity is has not been understood completely.

Fungal kingdom has been expected to have nearly 1.5 million species, on the base of interpretations of the number of plants species to the number of fungal species in particular atmosphere.

Although according to recent research estimation there are 5 million species of fungi.Fungi are classified according to fruiting structure or shape and size of spores, and physiological and biochemical characteristics.

They also have huge difference in their sizes according to environmental conditions, types, etc.

Even the largest organism present on the earth is also a fungus known as "Honey fungus" from genus Armillaria. Reproduction of fungus is also very complex due to wide variety of organisms It has been observed that about 1/3rd of fungi reproduce with the help of same method of reproduction called propagation, in two distinct stages, that are the anamorph and telomorph.

They can reproduce through both types of eproduction, sexually and asexually.

Asexual reproduction happens through mycelial fragmentation or via vegetative pores.

Sexual reproduction can be seen in all phyla of fungus except Glomeromycota, but genetic investigation put forward meiosis in Glomeromycota also. Both sexual and asexual spores which can be called as sporangiospores are sometimes actively dispersed from their reproductive structures through forcible ejection.

This discharge guarantees leaving of spores from the reproductive structures and also their travelling over long distances.

Beside these processes some fungi might exchange their genetic material through para-sexual processes.

However the process of sexual reproduction is greatly differ from animals and plants.

Alterations also present among groups of fungus and can be used to differ species through morphological alterations in reproductive strategies and sexual reproduction.

Some modern developments are also discussed in this book. Current progress in genomics, molecular genetics and fungal genetics are discussed with deep examples, which comprises the processes of heritable information in fungi.

One chapters includes growth and physiology of fungi.

Growth occurs with the help of hyphae on or within the solid substrate or in the form of single cells in aquatic environments is adjusted for adequate withdrawal of nutrients.

Some fungi even penetrate the substrate, Magnaporthe grisea form a structure known as appressorium that invade tissue of plants.

A section of a book deals with pathogenic effects of fungus on animals and plants. Some examples has been discussed in this book, Cryphonectria parasitica responsible for chestnut blight, Cryptoccocus cause immune-deficiencies in humans, and Paecilomyces lilacinus are predators of nematodes.

Mostly fungi make biologically active compounds, few of which are toxic for plants and animals and that's why known as mycotoxins.

Different methods of preventing from pathogenic fungi also been discussed in this book.

As some organisms are parasites of fungus and known as mycoparasitic organisms.

Oomycetes from genus Pythium are used as bio control agents in contradiction of various fungi. One section deals with symbiotic associations of fungi with animals and plants.

Mycorrhizal association is present among fungus and plant, and it is prehistoric dating to at least 400 million years ago.

Lichen is an association among photosynthetic algae and fungi.

Some insects cultivate fungi in order Agaricales as their main source of food.

Last chapters have knowledge about role of fungi in humans and its significance in human life.

Human use fungi for their benefit, for the purpose of preservation or food preparation and different other purposes has extended account.

Fungi are commonly used for current chemotherapeutics, for example, penicillin's, for folk and traditional medicines, for pest control, and in food industry.

This book has been written for students of graduate level who study mycology and are in search for knowledge related to fungi.