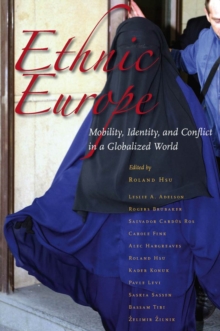 Ethnic Europe examines the increasingly complex ethnic challenges facing the expanding European Union. Essays from eleven experts tackle such issues as labor migration, strains on welfare economies, the durability of local traditions, the effects of globalized cultures, and the role of Islamic diasporas, separatist movements, and threats of terrorism. With Europe now a destination for global immigration, European countries are increasingly alert to the difficult struggle to balance minority rights with social cohesion. In pondering these dilemmas, the contributors to this volume take us from theory, history, and broad views of diasporas, to the particularities of neighborhoods, borderlands, and popular literature and film that have been shaped by the mixing of ethnic cultures.