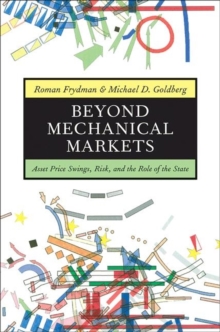 Beyond Mechanical Markets : Asset Price Swings, Risk, and the Role of the State Hardback

In the wake of the global financial crisis that began in 2007, faith in the rationality of markets has lost ground to a new faith in their irrationality.

The problem, Roman Frydman and Michael Goldberg argue, is that both the rational and behavioral theories of the market rest on the same fatal assumption - that markets act mechanically and economic change is fully predictable.

In "Beyond Mechanical Markets", Frydman and Goldberg show how the failure to abandon this assumption hinders our understanding of how markets work, why price swings help allocate capital to worthy companies, and what role government can and can't play.

The financial crisis, Frydman and Goldberg argue, was made more likely, if not inevitable, by contemporary economic theory, yet its core tenets remain unchanged today.

In response, the authors show how imperfect knowledge economics, an approach they pioneered, provides a better understanding of markets and the financial crisis.

Frydman and Goldberg deliver a withering critique of the widely accepted view that the boom in equity prices that ended in 2007 was a bubble fueled by herd psychology. They argue, instead, that price swings are driven by individuals' ever-imperfect interpretations of the significance of economic fundamentals for future prices and risk. Because swings are at the heart of a dynamic economy, reforms should aim only to curb their excesses.

Showing why we are being dangerously led astray by thinking of markets as predictably rational or irrational, Beyond Mechanical Markets presents a powerful challenge to conventional economic wisdom that we can't afford to ignore.

Also by Roman Frydman   |  View all 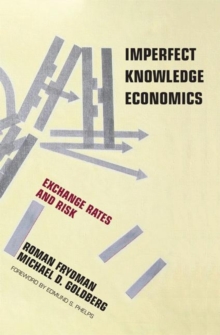 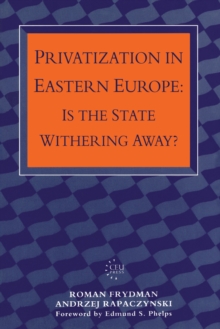 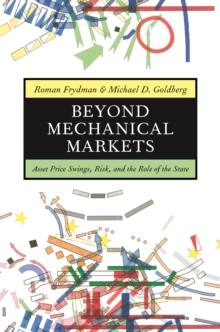 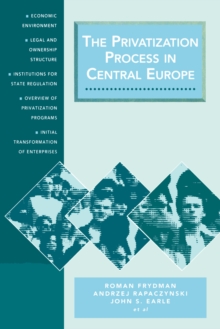 The Privatization Process in Central...