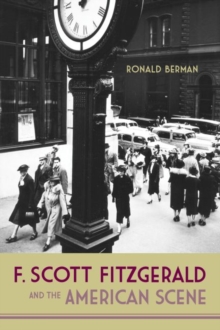 A study of the philosophical, intellectual, and political influences on the artistic creations of Fitzgerald and key early American modernist writers.

Each chapter in this volume elaborates on a crucial aspect of F.

Scott Fitzgerald's depiction of American society, specifically through the lens of the social sciences that most influenced his writing and thinking.

Berman addresses, among other subjects, Fitzgerald's use of philosophy, cultural analyses, and sociologyaEURO"all enriched by the insights of his own experience living an American life.

He was especially interested in how life had changed from 1910 to 1920.

Many Americans were unable to navigate between the 1920s and their own memories of a very different world before the Great War; especially Daisy Buchanan who evolves from girlhood (as typified in sentimental novels of the time) to wifehood (as actually experienced in the new decade).

There is a profound similarity between what happens to Fitzgerald's characters and what happened to the nation.

This fascinating addition to F. Scott Fitzgerald scholarship, although broad in its content, is accessible to a wide audience.

Scholars and students of Fitzgerald and twentieth-century American literature, as well as dedicated Fitzgerald readers, will enjoy Berman's take on a long-debated and celebrated author.

Also by Ronald Berman   |  View all 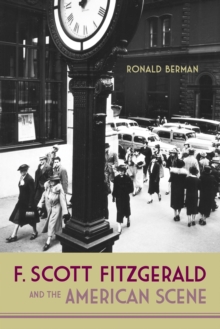 F. Scott Fitzgerald and the American... 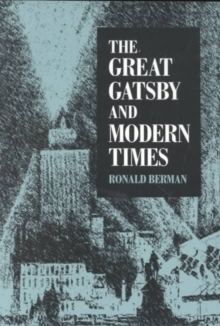 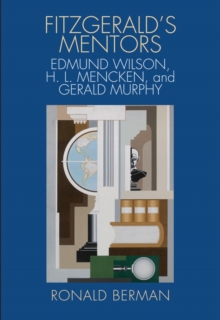 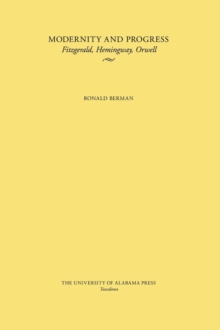