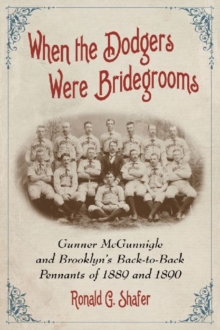 When the Dodgers Were Bridegrooms : Gunner McGunnigle and Brooklyn's Back-to-Back Pennants of 1889 and 1890 Paperback / softback

After the old National Association of Professional Ball Players collapsed in 1875, Brooklyn went eight years without a baseball team of its own. Then, in 1883, urbane real estate investor Charles Byrne and hustling news editor George J.

Taylor joined forces to create the club that would become the Brooklyn Dodgers.

Nicknamed the ""Bridegrooms"" by sportswriters after several players got married, they won their first major league pennants in 1889 and 1890 under pioneering manager Bill ""Gunner"" McGunnigle.

This first history of the birth of the Dodgers franchise chronicles the owners' efforts to build the team, woo fans, and oversee the antics of the colorful cast of athletes--with nicknames like ""Adonis,"" ""Needles,"" and ""Oyster""--who filled the Bridegrooms' roster. More than the story of one team, this welcome work is an homage to the long-forgotten men who shaped the early game of baseball into America's national pastime. 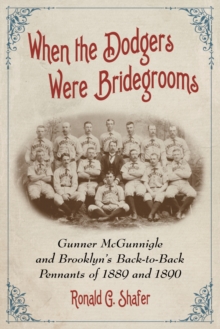 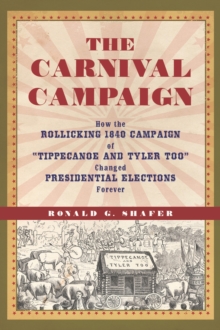 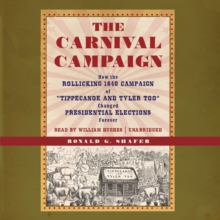