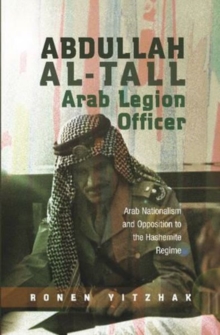 This book reviews al-Tall's military-political biography during the years he served as an officer in the Arab Legion and those he spent in political exile in Egypt.

The purpose is to understand al-Tall's personality, his contribution to the success of the Arab Legion in the 1948 war, and his part in the assassination of King Abdullah.

A thorough survey of the historic background of the founding of Jordan and the Arab Legion, the 1948 war, the rivalry between King Abdullah and King Faruq, and the Egyptian-Jordanian struggle in the 1950s and 1960s, is provided.

Primary questions to be answered include: What was Abdullah al-Tall's contribution to the success of the Arab Legion during the 1948 war? Did he engage in secret contacts with the Jews during the war, while at the same time denigrating them and praising Palestinian nationality?

Was he involved in the assassination of King Abdullah, or was this a Jordanian conspiracy to slander him?

What were his views vis-a-vis the tumultuous events in the Middle East in the 1950-1960s? And why was he allowed return to Jordan and take part in its political life after his exile to Egypt?Ronen Yitzhak's book is based on books written by al-Tall himself and material located in Israeli archives (the IDF, Haganah and Israel state archives), as well as the UK National Archives (London).

In addition memoirs of prominent persons of the time, along with newspaper reports and other general secondary material written in Arabic, Hebrew and English are utilised.

This book is essential reading for anybody engaged in the history of the Middle East and Israeli-Arab conflict. 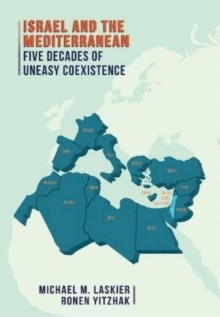